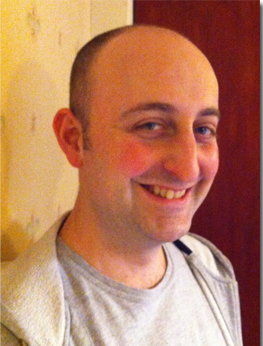 I was born in York, England on the 12th December 1973. After my formal education, I attended art school learning all forms of traditional media, as well as the emerging digital ones - it was the early 90s and computers were in the primitive stages of what they could do with 2D, 3D and video. It was also around this time (1990 onwards) when I originally conceptualised the idea of the Kinsmen as a Graphic Novel.

After working a number of jobs and travelling the world, I decided to go back into education and achieved a first class degree in Multimedia Technology in 2003. I continued to write and sketch out stories within the Kinsmen Universe.

In 2004 I worked as a 3D artist for a Video-games developer working on a number of published Titles. I’d had The Kinsmen series of books in my head for many years and finally in 2006, decided to seriously start writing it all down. In 2008 I begun working as a Psychology Technician at the University of Huddersfield, where I continue to create media to support students and staff.

I currently sell my 3D images on stock photography sites such as Adobe images, all over the world. You can see my work here on iStock

Or check out all my current art work on Deviant Art